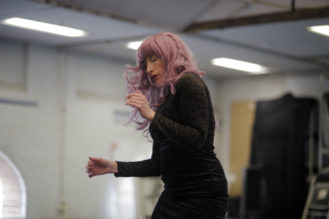 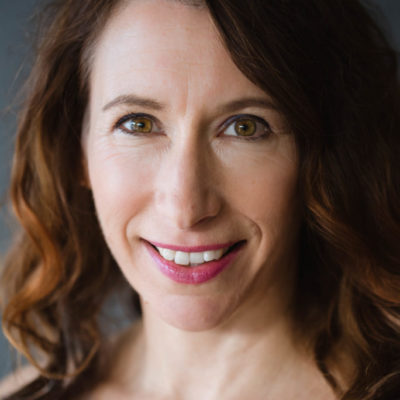 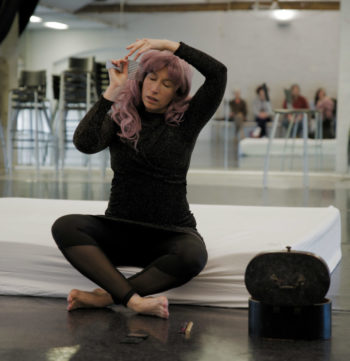 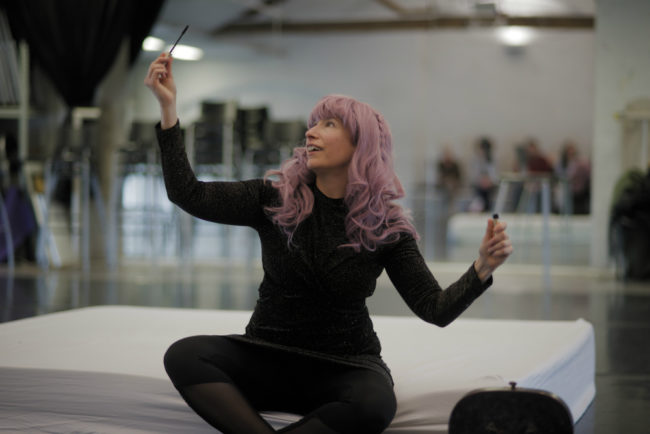 Cathy talks about the further development of this work:

It was good to be able to develop the choreography and get a significant prop (the bed) into the studio and work with another dancer. I also selected texts I’d written that could work dramaturgically. It prompted the next
conversation with the sound designer – he has brought more material into and updated in prep for the first mix.

I was able to conceptualise and story board 20 minutes of a new work, working with an electronic music composer to create an original score. This template can form the basis for further development into a theatre piece/installation. 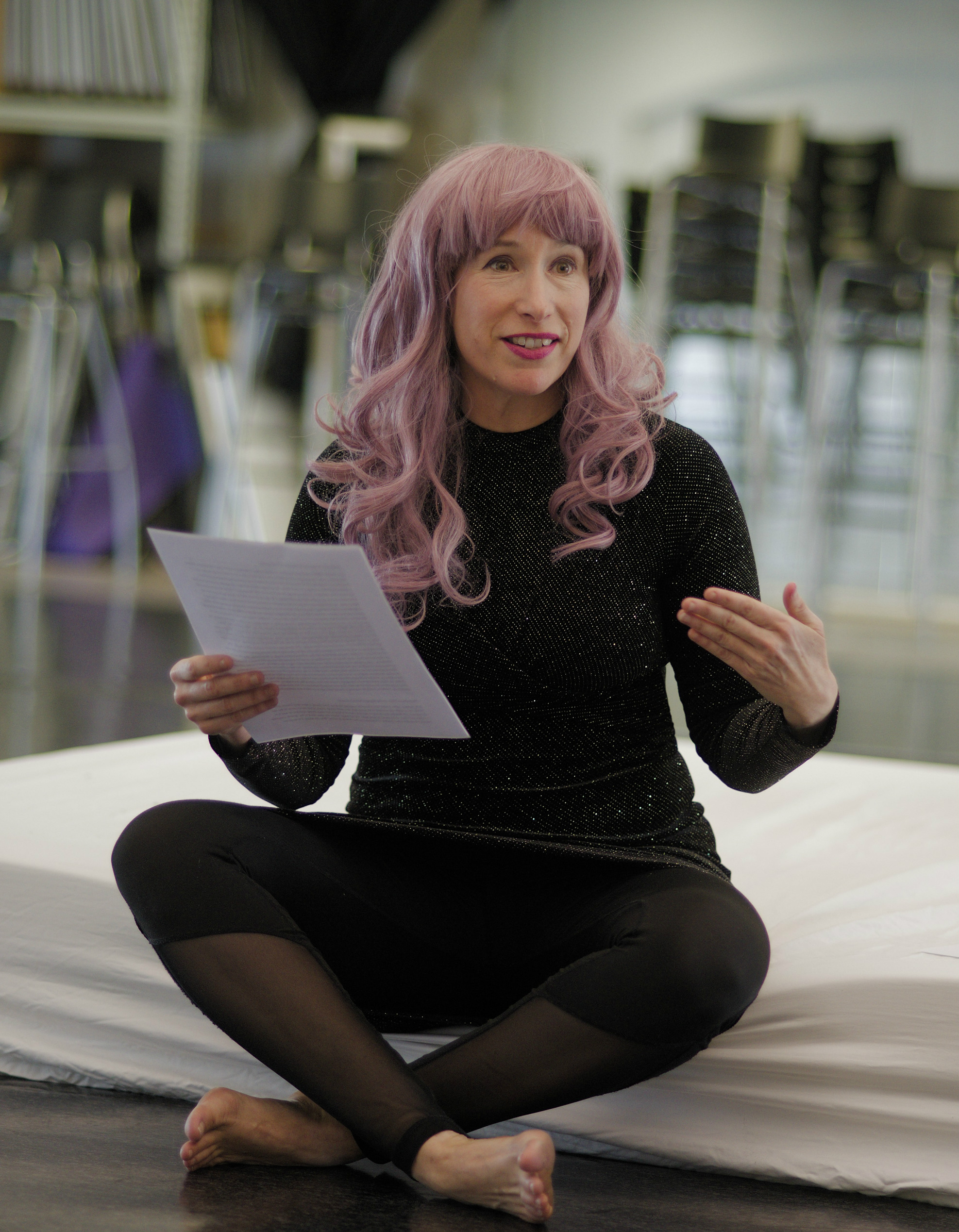 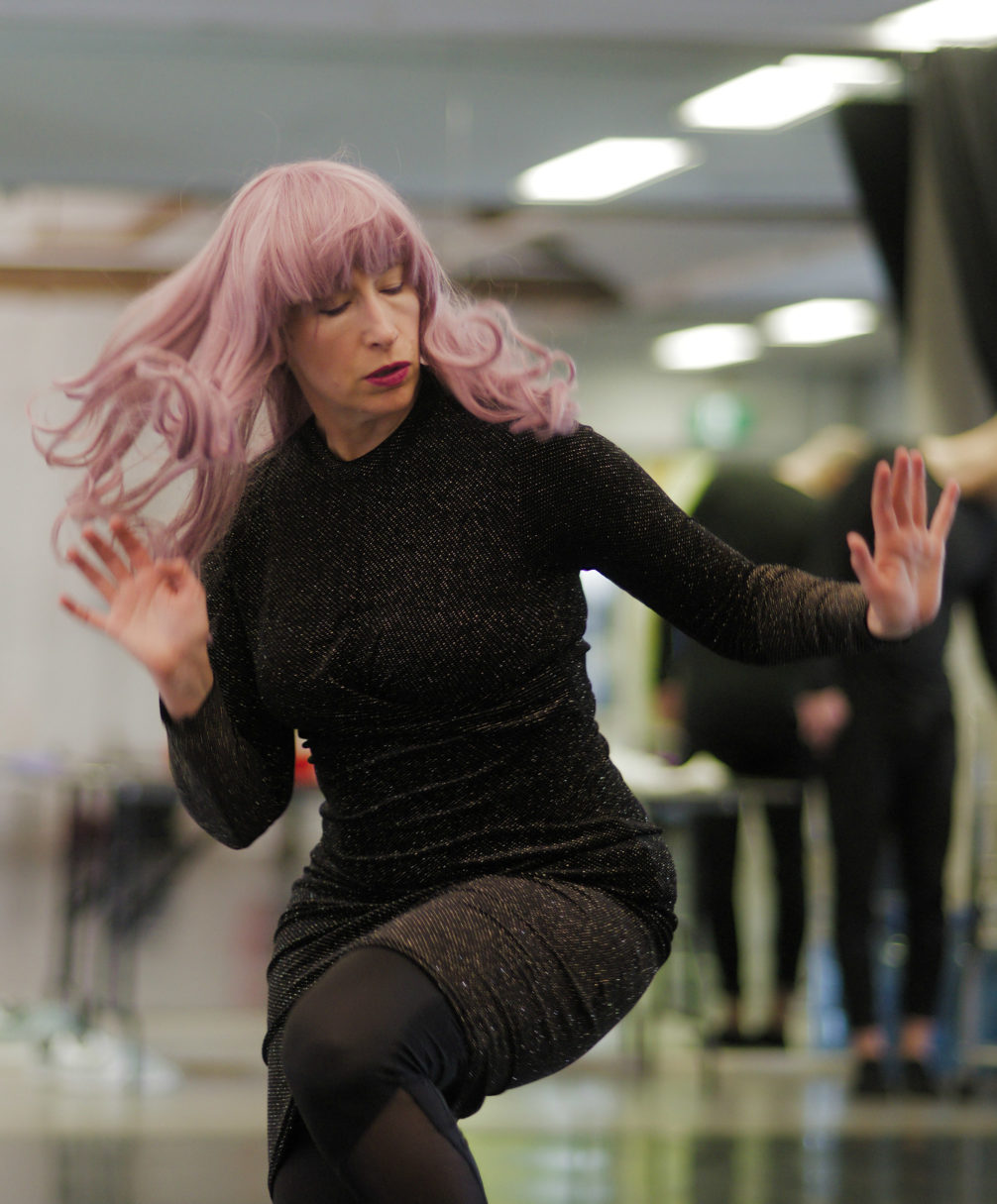 About Cathy
I received my PhD in 2017 for  a thesis called, ‘Adelaide Dance Music Culture: Late 1980s- Early 1990s’ with APA scholarship at the University of South Australia through the Hawke Research Institute, where I also tutor and guest lecture in media and communication and screen studies.

My writing on Adelaide’s electronic dance music scene has been published in Dancecult, the open access peer reviewed electronic music journal, Routledge Journal IASPM series and I have presented my work on this topic at Today’s Art Festival in The Hague, EMC conference Sydney (panel facilitator) and Cultural Studies conferences in Australia. Trained in acting at NIDA, Webber-Douglas Academy of Dramatic Art (London awarded Queen’s Trust Scholarship), BA (Hons) in English literature University of Adelaide and trained from the age of seven with Joanne Priest and full-time with Shelia Laing as a classical dancer to Royal Academy of Dancing Advanced.

I was accepted into Western Australian Performing Arts Academy to train in tertiary classical ballet instead focused my career on acting, due to injury, while incorporating my dance practice.

Recent work includes a Melbourne season and a regional NSW, QLD tour with Australian Dance Theatre in Garry Stewart’s award-winning Be Yourself as the narrator.

I was the Choreographer on the feature Cargo, (Adelaide Film Festival 2017, Tribeca 2018) to be released on Netflix, working with Martin Freeman and Susie Porter. An Actor in Jen Kent’s film The Nightingale, 2018 also earning another feature credit as choreographer. An Actor in the feature The Babadook starring Essie Davis (New York Critic’s Circle Best New Film, ACTA Best Director).

I have performed extensively as an actor and dancer including State Theatre Company of SA, State Opera SA, Country Arts SA touring, and many independent companies. Other Film and TV credits include Danger 5, Cut, McLeod’s Daughters, Chuck Finn, Here’s Humphrey, Guest chef on ABC’s Beat the Chef. Produced and choreographed Here’s Humphrey and presented NWS 9’s show Out of the Ordinary for three seasons. Worked with post-production company Rising Sun on US feature Charlotte’s Web as acting reference creating the character of Charlotte.